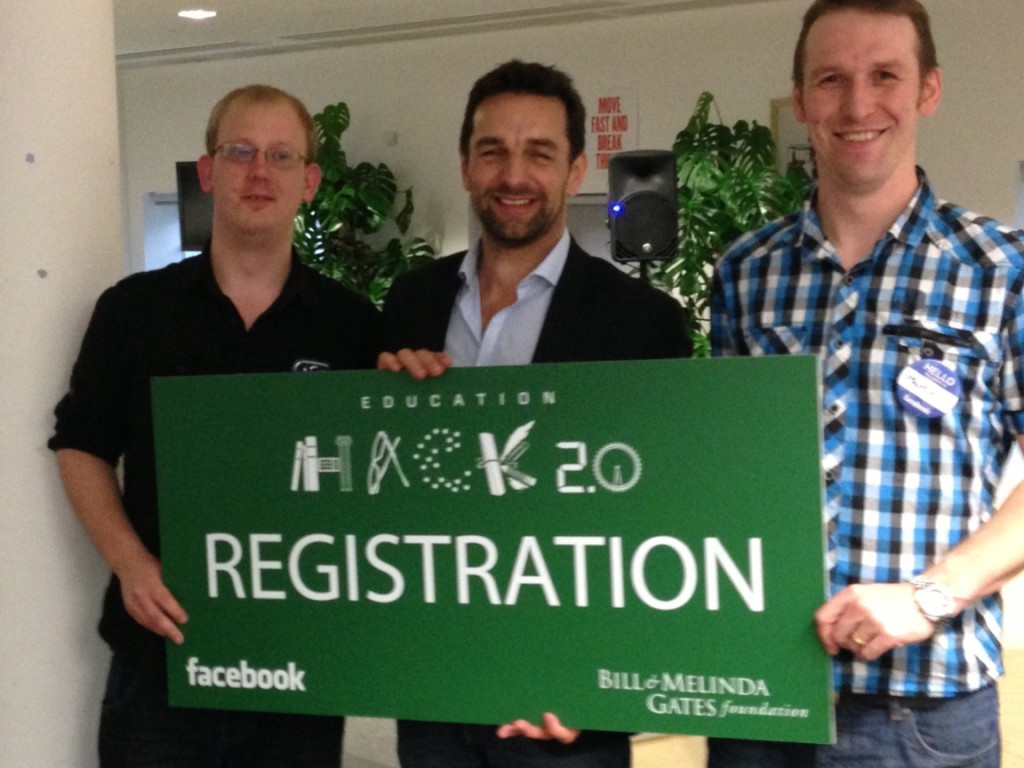 Facebook are famous for their hacking culture and employees frequently participate in internal hackathons to try out new ideas and generally build something cool that will impress their peers. Reportedly as many as 70% of hackathon projects ship and notable Facebook features such as Timeline were the product of hackathons. In addition to internal hackathons Facebook frequently teams up with other organisations to run external hackathons where developers hack together their ideas, often around a specific topic or theme. On Weds 24th April 2013 Facebook London hosted “HackEd 2.0”; a hackathon in partnership with the Bill & Melinda Gates Foundation themed around education. The event in London was a parallel event to another run at Facebook’s Menlo Park head quarters and this is the second year that this event has run.

Although I work variously in education, technology and even a little bit of ed-tech I only learned about the hack event a week prior to the day by a chance conversation with someone already planning to attend. I was free on that day and it seemed like good fun so I thought I’d go along and entered team “TBC”. After another chance conversation I was joined by a previous employee from MS Internet, Lee Sherwood, who is a great server side programmer and then by Grant Slatter on design & UX, who I have worked with on a couple of iOS apps, most notably Star Trainer which was a #1 fitness app in 21 countries.

The brief we had was to create something that used social to assist learning in some way and we decided to try and make something that allowed people to compete against each other with revision questions. We thought that this would be pretty good fun and allow some good game mechanics as well as trying to solve a real problem. We talked through a rough structure for the app before the day but only really thrashed out the details of what we would do on the day. With plans established we got to hacking and the app came together quite quickly. We only had six hours in total and a lot of the app didn’t work still by the end of the day but we were pleased with what we achieved. I have to say, we really flew threw the build and it was quite a satisfying feeling working like a well oiled machine despite our teams ad-hoc make up.

Well, nobody likes revision. In fact, I think its fair to say that most people despise revision and my own experience was fairly hellish. The simple fact that you are trying to force your unwilling and fatigued brain to take on a bunch of seemingly irrelevant and unconnected facts makes it a fairly inefficient and ineffective process. Add to this time pressure, disillusionment after a long course and the isolation of your own knowledge gaps and its no surprise that revision truly sucks. What we tried to do with Zammer is to take a number of mechanisms used in successful social games such as SongPop, CandyCrush, Words with Friends etc and create a reletively simple turn based game where a by product of the game was that the player happened to learn the content relevant to their exam.

Zammer is essentially a game where you compete over a number of rounds to answer the same sets of revision questions correctly and quickly. You can play against your Facebook friends, anyone at random from all those online or solo. Challenging specific friends is powerful in that competition between peers drives a desire to learn more faster and gives the players brain a good solid bit of short term relevance for the learning it is being asked to do. Play against anyone at random is more immediate as the opponent is guaranteed to be online but this also enables those people who do not necessarily have a supportive peer group – those first on the block to go to college kids for example – to compete for knowledge. Solo play is the more traditional route but imprtant nonetheless, even if for preparing to take a friend on.

We decided that a player would get 1000 points for a correct answer and up to 1000 bonus points depending on the speed of their answer. We also decided that the player would answer five questions per round and play five rounds but that both players must complete the same questions in a round before either could progress. Another important social feature we included in the primary game process was the ability to ask for help on a difficult question. Facebook friends could then help the person revising with a way to understand or remember this item.

Another important feature we decided was the ability for revisers to scope the problem they faced and track their progress so we introduced the idea of mastering facts. They would do this by correctly answering questions pertaining to that fact correctly a number of times and facts not yet mastered would be prioritised in the question order to maximise learning. All of the facts that the reviser needs to learn will be listed outside of the game loop and a percentage mastery for each topic and the subject as a whole will be given. The idea is that by orienting the player they will have a greater handle on their progress and be less likely to become demotivated. 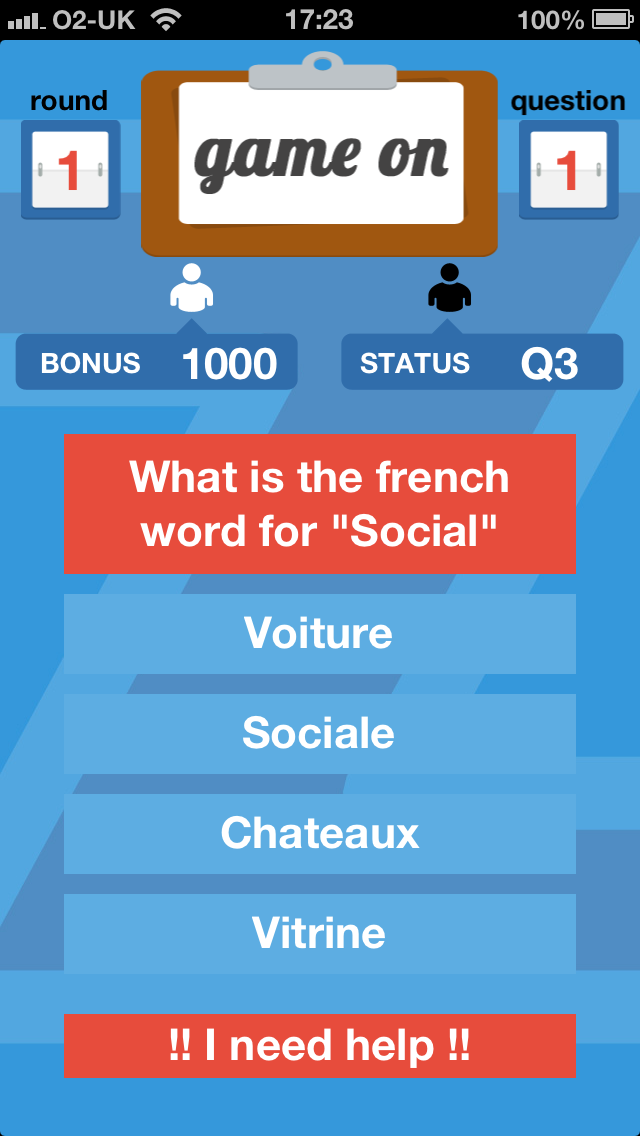 Having crafted the bones of Zammer in a few hours we pitched the judges. Then, after deliberation they announced, very much to our shock, that the winner of HackEd 2.0 was “Zammer”. We were overjoyed with winning, not least because of the £5000 prize. The rest of the evening was a bit of a blur but we were very happy and very grateful.

We decided that after winning and a whole lot of positive comments that we would try to make Zammer a reality. We have a lot to work out and we are hoping to gain some content partners to help us with the questions but hopefully, in between everything else we all have on, we will get Zammer into the big wide world.

In the meanwhile I put a quick landing page up at signup.zammerapp.com so if you are interested in hearing how things progress go there and sign up.

We are now live – see www.zammer.co